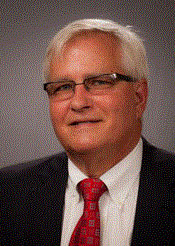 William C. 'Bill' Forbes is a renowned trial lawyer focusing on civil and criminal defense representation. Known for his honest, straight-forward demeanor, Bill has more courtroom experience than most attorneys in West Virginia stemming from his three decades as a trial attorney and extensive background as a prosecutor. In 2004, Bill represented the plaintiffs in what was believed to be the largest jury verdict in Putnam County, West Virginia history, with a jury award of more than $16 million for his clients.

He tried his first jury trials while he was still a law student at Antioch School of Law in Washington, D.C., working as a Special Assistant United States Attorney. He received his Bachelor of Science degree from Morris Harvey College in Charleston, W.Va.

Bill lives in Charleston with his wife and they have two sons, Jesse and Casey who are both practicing attorneys. In his spare time, he enjoys weekends at his mountain cabin with his dog Charlie, reading mystery novels. In 2012, he was the Keynote Speaker at the 35th Annual Black Orchid Banquet of the Wolfe Pack, the official Nero Wolfe Society, in New York City. His presentation highlighted the Kanawha Spa investigation in Too Many Cooks, the fifth Nero Wolfe novel, and whether gals spilling ginger ale get the guy.